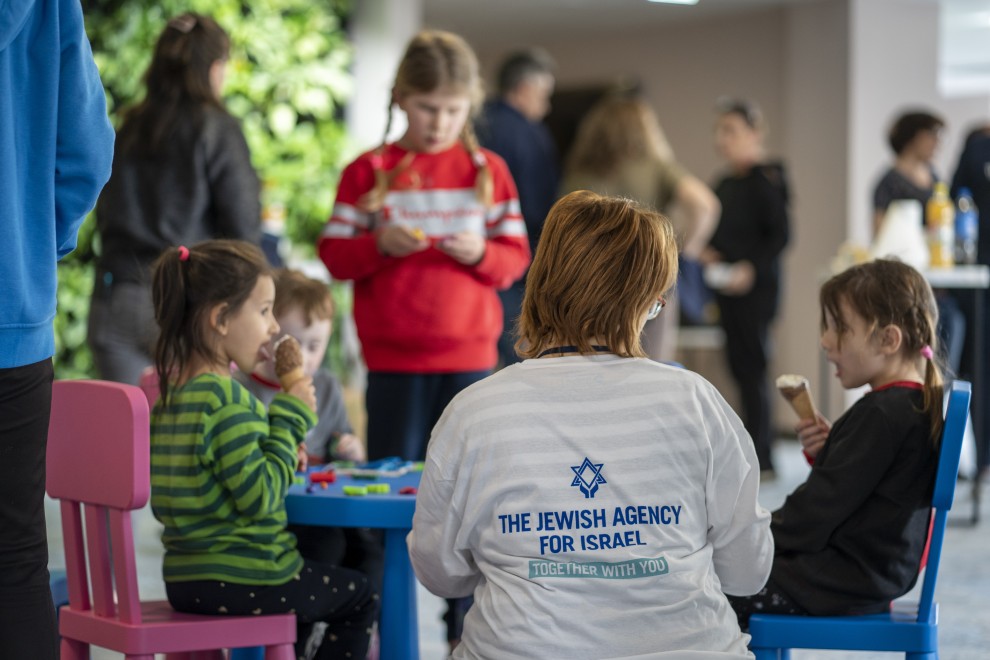 After 148 days of fighting, the fighting in Ukraine continues. As the war enters its fifth month at the beginning of next week, Jewish Federations and our partners continue to work together to ensure that urgent relief reaches the neediest, including both refugees who have fled, as well as those remaining in Ukraine.

(For pre-crisis background on the Jewish community in Ukraine, see here).

REFUGEES, FEDERATIONS, AND PARTNERS ON THE GROUND

Jewish Federations continue to raise money for Ukraine relief efforts, and have collectively raised more than $71 million since the fighting began.

The American Jewish Joint Distribution Committee (JDC) continues to help Jews in need across Ukraine and the region, supported by Federation emergency allocations.

Among many JDC projects, hundreds of refugees have received trauma relief through the organization and hundreds more are expected to receive long-term care. This aspect of JDC’s work is in response to the hundreds of thousands of victims suffering from trauma and PTSD in Ukraine.

Over the past few months, JDC has assisted people suffering from anxiety, depression, and other severe traumas. This impacts both emotional and physical functioning – “making it harder to breathe and at times even move.” In response, JDC runs a trauma hotline for older adults, displaced people, and strained JDC staff in Ukraine. The hotline serves to connect those in need of deeper assistance with those equipped to help. More than 1,500 people have been served by the trauma hotline so far.

JDC is also preparing for the longer term, as the effects of trauma can last far into the future. The organization is planning to open trauma centers across Ukraine that will offer group and individual assistance, catering to older adults who never imagined being caught up in a war like the current one, and parents struggling to help their children work through deep-seated anxiety. While the majority of traumatized and displaced Jews remain in Ukraine, many are refugees in Europe. Since day one, JDC has also offered psychological first aid to distressed refugees. Today, JDC works hand-in-hand with local Jewish communities across the region, ensuring they have the capacities for long-term care.

The Jewish Agency for Israel continues to coordinate mass relief efforts and enable Aliyah for the Jewish community in Ukraine.

The Jewish Agency and JDC were among the leading Jewish aid groups who “worked well together in responding to the humanitarian crises caused by Russia’s invasion of Ukraine earlier this year, collaborating with one another instead of competing and helping ensure that Jewish refugees were well cared for,” according to a survey published last week. See more here.

Jewish Federations continue to monitor the situation in Ukraine closely, and, working with our partners, are offering considerable relief efforts to those most in need.