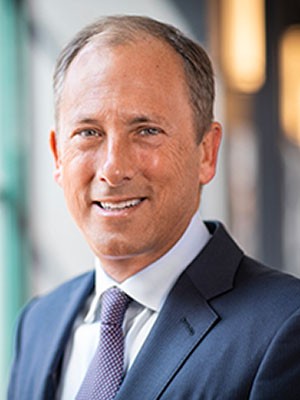 Six-months after Russia invaded Ukraine, Jewish Federations of North America announced the appointment of J. David Heller to chair the next phase of their emergency campaign for Ukraine aid.
To date, the campaign has raised $73.5 million. Those funds have been directed to over 50 NGOs providing humanitarian aid and relief to Ukrainian refugees in Ukraine and neighboring countries, as well as to new immigrants in Israel. In June, Jewish Federations estimated that their partner organizations’ total needs for the Ukraine efforts will amount to $99 million in 2022 alone.
“Jewish Federations’ collective response to this crisis has been tremendous, as is demonstrated by the dozens of NGOs we have supported and the number of lives on the ground we have impacted,” said President and CEO of Jewish Federations of North America Eric Fingerhut. “The scale of devastation is massive and though these needs will keep growing, our system will continue to respond to these needs, to alleviate pain and suffering and to provide essential care and support to Ukrainian refugees.”
A total of $61 million has already been distributed to Jewish Federations’ core partners The Jewish Agency for Israel, American Jewish Joint Distribution Committee (JDC), and World ORT, as well as dozens of other organizations providing critical rescue and relief to Ukrainian refugees of all backgrounds. Funding has supported emergency operational costs, temporary housing and transportation costs, security, humanitarian support and trauma relief, and aliyah and absorption.
Some notable figures of impact of the emergency campaign over the past six months include:
“For decades, Jewish Federations have responded to global crises, and I feel honored to lead the collective fundraising efforts across 146 Jewish Federations in the U.S. and Canada to address this emergency,” said Heller. “The Jewish community has mobilized in tremendous ways to support Ukrainian refugees, and I pledge to work hard to ensure that these efforts can continue.”
Heller will work to engage with Federations across the system in order to meet the ongoing needs on the ground. He has served on the Board of the International Joint Distribution Committee, as Board President of the Jewish Education Center of Cleveland, President of the Board of the Ohio Jewish Communities and most recently, as Board Chair of The Jewish Federation of Cleveland.
“A humanitarian relief project of this scale requires experienced, dedicated, and visionary leadership,” said Chair of the Board of Jewish Federations of North America Julie Platt. “J. David Heller’s distinguished career as a lay leader effectively positions him for this important role, and I have no doubt that he will successfully lead the next phase of Jewish Federations’ emergency campaign for Ukraine aid so that we can continue to provide vital aid where it is most needed.”
In addition to providing humanitarian aid for refugees, Jewish Federations successfully advocate for expanded refugee rights and resettlement in the United States and provide grants for support of displaced Ukrainians. Last month, Jewish Federations launched a $1 million Ukrainian Resettlement Grant Initiative with matching funds from the Shapiro Foundation and the Combined Jewish Philanthropies, Boston’s Jewish Federation. Jewish Federations have also placed 90 Russian-speaking Jews in volunteer placements to support Ukrainian refugees in Poland and Hungary.
Jewish Federations were uniquely positioned to respond quickly and effectively to the crisis due to long-term support of their partner agencies operating in Ukraine and neighboring countries, which has provided the infrastructure to support vulnerable Jewish communities and to respond to emergencies that arise.
Read more about our collective work in this series of informative blog posts and learn more about how you can get involved.
Share