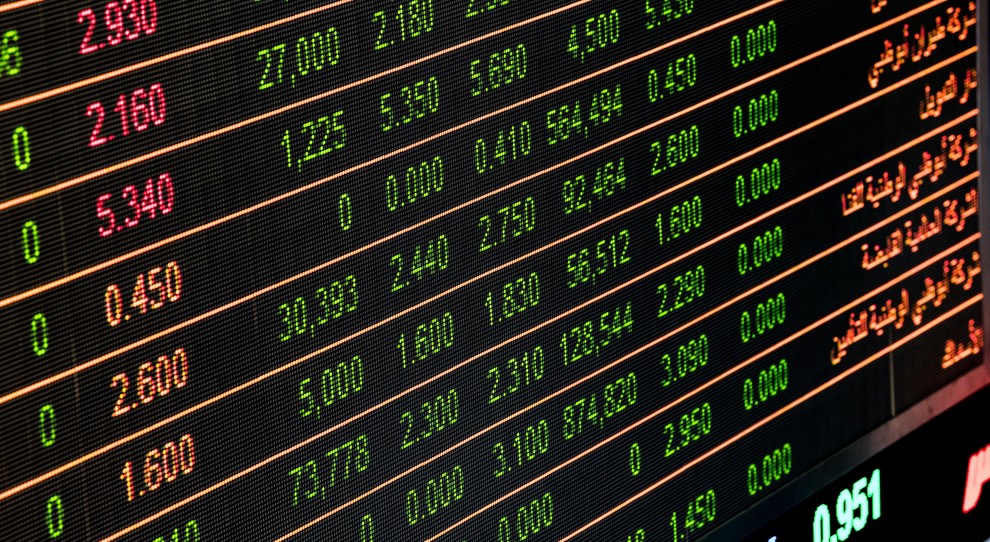 After months of intensive discussions, we are pleased that Morningstar has made new commitments related to the assumptions and sources involved in its ESG (Environmental, Social, and Governance) ratings. We are hopeful these commitments will lead to important changes in Morningstar’s Sustainalytics company data and ratings in order to eliminate any singling out of or discrimination against Israel.

The groups engaged in these efforts included The Jewish Federations of North America, Anti-Defamation League, American Jewish Committee, JLens, the Foundation for Defense of Democracies, and The Louis D. Brandeis Center for Human Rights Under Law, in coordination with the Conference of Presidents of Major American Jewish Organizations, Hadassah the Women’s Zionist Organization, Jewish Funders Network, Combat Antisemitism Movement, Jewish United Fund of Metropolitan Chicago, and UJA-Federation of New York.

The work began thanks to JLens, which first identified these issues, followed by additional early work and mobilization by the Jewish United Fund of Metropolitan Chicago and the Foundation for Defense of Democracies.

"We appreciate Morningstar's engagement with our communities, as well as its leadership’s strong rejection of the Boycott, Divest, and Sanctions (BDS) campaign to discredit Israel. Anti-Israel bias is a pernicious problem and requires vigilance to combat. We will continue to work with Morningstar to ensure implementation of these important reforms and their effects on ratings,” said Eric Fingerhut, President and CEO of the Jewish Federations of North America.

He thanked Morningstar Executive Chairman Joe Mansueto and CEO Kunal Kapoor for their engagement and goodwill.

As a result of the engagement, Morningstar has committed to:

“We are pleased that Morningstar has made significant progress to date in resolving the many issues identified by the Jewish community and other stakeholders,” said Jonathan A. Greenblatt, CEO of the Anti-Defamation League (ADL). “Still, much remains to be done. We look forward to working with Morningstar and Sustainalytics to help with implementation and oversight of their blueprint for change."

As with all agreements, the most important element will be implementation. We will continue to closely monitor the company’s progress in executing these commitments, particularly by expeditiously naming independent, trustworthy experts. We have also stressed to Morningstar that the ultimate measure of success will be how companies connected to Israel are rated, watchlisted and engaged.

“This is an important step toward ensuring investors do not receive research tainted by politics and sources that have historically been hostile toward Israel. We will continue to work with our partners in the Jewish community to ensure Morningstar is transparent when it implements reforms and lives up to its commitments,” said Ted Deutch, CEO of the American Jewish Committee.

We believe the framework announced today is strong and could serve as a model for other financial firms to ensure that anti-Israel bias does not infect their methodologies. We call on other firms to embrace openness and transparency to reassure the public that their financial advice is not politicized.

Julie Hammerman, CEO of JLens, said, “We are pleased that issues JLens first raised with Morningstar in 2020 resulted in a coalition of Jewish groups working to remove anti-Israel bias from Morningstar's ESG Research. The ESG field should celebrate this move and recognize that bias and antisemitism have no place in ESG.”

“Biased ESG ratings are a sign that the anti-Zionism and anti-Semitism that have grown up on the campus are increasingly having influence in the boardroom as well. We're pleased that Morningstar has been working with the Brandeis Center and our coalition to address these problems in their products. Although today we are making only a first step, it is an important step, along a continuing path in which we look forward to helping Morningstar implement its anti-bias goals. We are especially pleased that Morningstar is unambiguously repudiating the anti-Semitic movement to boycott, divest from, and sanction Israel (‘BDS’). Much more must be done, however, to ensure that bias is wrung out of the system,” said Kenneth L. Marcus, Founder and Chairman of the Louis D. Brandeis Center for Human Rights Under Law.

“We are thankful for the many hours Morningstar devoted to understanding the Jewish community’s concerns about Sustainalytics’ historic bias against Israel and our concerns about its ESG operation. We are hopeful that today’s announcement will result in more accurate financial data, as well as ending the use of BDS activists as sources. But we are also mindful that many Israel-connected companies had been negatively impacted by the assumptions and sources that have underpinned Sustainalytics' ratings, watchlists and engagements to date, and are hopeful these ratings and statuses be modified to reflect today's announcement.The BDS campaign is a discriminatory pernicious effort to delegitimize and isolate Israel. It is vitally important that American corporations not engage in these efforts and we are grateful that Morningstar is committing to taking steps in the right direction, said William C. Daroff, CEO of Conference of Presidents of Major American Jewish Organizations.

Anti-Israel bias has no place in the world of financial ratings. It is not only unfair and harmful to Israeli companies and those doing business in and with Israel, but also threatens to tarnish the ESG ratings framework itself.

“Hadassah is proud to work with Jewish Federation of North America and partners across the Jewish community to address anti-Israel bias that unfairly harms Israeli companies and those doing business in and with Israel,” said Hadassah National President Rhoda Smolow and CEO Naomi Adler. “We are glad to see Morningstar’s commitment to creating a more fair and reliable framework.”

We are pleased that Morningstar’s leadership has made very clear its opposition to BDS and we will continue to work with the company – and the sector as a whole – to ensure that this commitment is fully executed.

“It’s important to address instances of bias and unfairness towards Israel in the corporate world. the business sector can play an important role in building bridges and cooperation between peoples, through positive and constructive engagement, and not through boycotts and discrimination,” said Andres Spokoiny, President & CEO, Jewish Funders Network.

"We are thankful that Morningstar has engaged in this ongoing process with Jewish community leaders and appreciate the company's commitments to change its sources and methods. We are eager to see these changes yield bottom-line results in Morningstar's ratings, watchlists, and engagements relating to companies doing business in Israel," said Elan S. Carr, a leader of the Combat Antisemitism Movement.

Jewish United Fund Executive Vice President Jay Tcath said, “These Morningstar commitments to further improve their products and their willingness to engage so forthrightly, including moving forward, are significant and the foundation for industry-wide practices. And we salute Jewish Federations of North America for their irreplaceable leadership in bringing us all to this significant milestone.”

Scott A. Shay, a lay leader representing UJA-Federation of New York who was engaged on the issue, said, “ESG has become a major filter through which $17 trillion of US equities are screened. That is why this consortium of organizations has worked so hard to ensure that ESG is not hijacked by the 2% of Americans who support BDS. The commitments that Morningstar has made are vital, not only for Israel-related investing but for the integrity and reputation of ESG to represent the values of a broad range of the investing public.”

“Given the importance of ESG analysis to the investor community, we’re very thankful to Morningstar for agreeing to refine its research approach addressing concerns around anti-Israel bias.”  Eric S. Goldstein, CEO of UJA-Federation of New York.