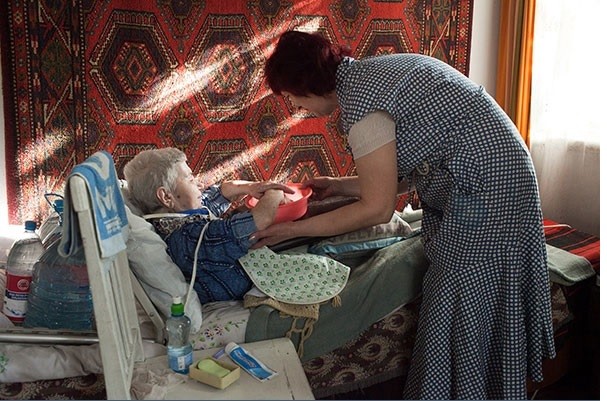 This isn't the first time Aza Grigorenko, 88, has been forced to leave her home because of war.

As a teenager during World War II, she and her mother resettled in the eastern Ukrainian city of Slavyansk. There, Aza met her husband and gave birth to her only son, Alexsandr.

Even after Alexsandr moved to St. Petersburg, her husband died and she became increasingly frail, Aza stayed. JDC has cared for her for the last decade, sending healthcare workers from the local Hesed social welfare center to her home.

But when the current crisis in Ukraine intensified, Alexsandr came back to Slavyansk to relocate his mother. Mother and son now share a tiny two-room apartment in St. Petersburg and receive food, medicine and healthcare from their new local Hesed.

But as a citizen of a foreign country, Aza is not eligible for state social support. Alexsandr is not sure what else he can do. JDC is their only lifeline – their only support.